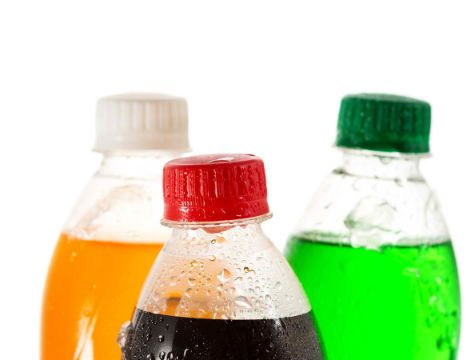 In a recent announcement made at the Clinton Global Initiative, soda companies Pepsi, Coke and Dr. Pepper stated that they will be working towards getting Americans to consume less calories from beverages over the next ten years.

Their described goal is to reduce beverage calorie intake by 20 percent, and that they will accomplish this by marketing more bottled water, diet beverages and smaller-sized sodas.

In what is clearly a marketing maneuver to win back customers after the overwhelming amount of research linking soda and other sugary beverages to the obesity epidemic has come to light, these corporations are betting on Americans focusing on calories, versus what is in the sodas themselves.

As it turns out, the calories in these sodas should be the least of your worries, as the additives found in both regular and diet sodas are an absolute health nightmare. Diminishing portion sizes, and switching to diet sodas, will not protect you from the chemicals that these beverages introduce into your system.

The main type of sugar used in most regular sodas is high fructose corn syrup. While plain old refined sugar is bad enough, high fructose corn syrup is even worse. It is composed of glucose and fructose in an unbalanced ratio, in a loose, unstable form. Because it is structured this way, it can cause damage to cells and tissues, and is deposited in the liver as fat – which not only leads to weight gain, but to liver damage as well.

This “fake sugar” is linked to a higher risk of metabolic syndrome, type 2 diabetes, heart disease and certain cancers, including pancreatic cancer. It has also been found to increase appetite, creating cravings for more and more high fructose corn syrup, and causes systemic inflammation, by literally punching small holes in the lining of the intestines.

On top of that, high fructose corn syrup is often manufactured from genetically modified corn, and may contain mercury due to processing byproducts.

A 12-ounce portion of soda contains an average of 13 teaspoons of sugar – much of which is in the form of high fructose corn syrup. So, even if you are drinking a smaller size, the damaging effects can still be prevalent.

The principal artificial sweetener used to create the sickly-sweet flavor of diet sodas is aspartame. In the book Prescription for Nutritional Healing by James and Phyllis Balch, aspartame is described as a “chemical poison.” This toxic sweetener is responsible for over 75 percent of adverse food reactions reported to the FDA.

Just a few of the potential symptoms associated with aspartame are chronic fatigue, headaches, seizures, neurological degeneration, cancers and even death.

Aspartame is composed of aspartic acid, phenylalanine and methanol. Research has found that when phenylalanine, an amino acid found in nature, is found in an isolated, processed form, such as in aspartame, it can exhibit neurotoxic properties. Too much isolated phenylalanine has been linked to neural overstimulation, cellular death in the brain and a variety of cognitive imbalances.

Furthermore, the process by which aspartame is manufactured involves extracting proteins from genetically modified E. coli bacteria. Does this sound like a safe option to you?

Both regular and diet sodas contain phosphoric acid, which can affect the body’s ability to absorb calcium. For this reason, sodas have been linked to bone degeneration, including osteoporosis and bone softening. Phosphoric acid can also block other nutrients from being properly absorbed, and has been linked to playing a role in the development of kidney stones.

Regular and diet sodas usually both contain sodium benzoate, which has been linked to potentially triggering hyperactivity in children. When this compound combines with ascorbic acid or citric acid, it forms benzene, a known carcinogen.

Any type of soda, whether it be regular or diet, can also lead to dehydration due to high sodium and caffeine content, and is often sold in bottles which contain bisphenol A (BPA). BPA has been linked to hormonal imbalances, and may be especially dangerous for pregnant women and young children. The water bottles that Pepsi, Coke and Dr. Pepper are selling likely contain this dangerous chemical.

Taking note of all of the dangerous substances lurking in soda, Pepsi, Coke and Dr. Pepper’s plan to “reduce calories” seems misguided, completely missing the point. No amount, or type, of soda has any place in a healthy diet. The good news is, with all of the healthy beverages out there, once you switch, chances are high that you won’t miss soda at all.

Instead of guzzling that can of Coke, why not brew a delicious glass of iced tea? Organic black teas, and especially green teas, have amazing health benefits. Add a few mint leaves and a few fresh stevia leaves, and you’ve got yourself a delicious beverage. Rooibos teas, also known as red bush teas, are naturally sweet, caffeine-free, remarkably healthy, and are great on their own, hot or iced, or with a little bit of milk.

Another alternative is to whip up a batch of fresh juice. While drinking straight fruit juices should be done in moderation, as they contain fructose which, without the fiber content of the whole fruit, needs to be limited, you can combine fruits and veggies to make wonderful low-sugar juice.

If you’re a die-hard fan of the carbonation factor, you can make your own healthy sodas at home. While many varieties exist, and are limited only by your imagination and the healthy ingredients in your kitchen, check out these great recipes to get you started.