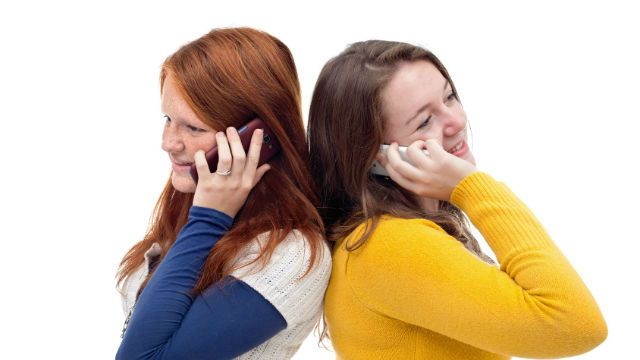 Bad news for teenagers who are glued to their cell phones: some research states that they may be at a higher risk of brain cancer.

Frequent cell phone use can be a risk to people of all ages, but children and adolescents are especially vulnerable to the low-level radiation that these devices emit, because their brains are still developing, and because their skulls are thinner than those of adults.

According to the World Health Organization (WHO), “the electromagnetic fields produced by mobile phones are classified by the International Agency for Research on Cancer as possibly carcinogenic to humans.”

A study led by Professor Lennart Hardell of the University Hospital in Orebro, Sweden surveyed the effects of cell phones on the development of certain brain and nervous system cancers. He concluded that those who started using cell phones before they reached the age of 20 had a five times higher risk of developing glioma, a type of cancer of the cells that support the central nervous system (CNS).

Hardell also concluded that these same individuals who began using cell phones younger than 20 years of age also had an approximately five times higher risk of developing benign tumors of the auditory nerve, known as acoustic neuromas, which may lead to loss of hearing. He presented his findings at a conference held at the Royal Society by the Radiation Research Trust.

Hardell stated, “this is a warning sign. It is very worrying. We should be taking precautions.” With the growing number of teenagers – and younger children – using cell phones on a consistent basis, it is definitely a red flag.

To reduce the risk of negative effects from cell phone use, the WHO recommends using hands-free devices, such as headsets, limiting the number of calls made and the length of each call, and using the phones only where there is good reception (except, of course, in an emergency), because when reception is bad, the phone has to use more power to function. The further away the phone is kept from one’s head, the better.

It may also be worthwhile to note that younger teens and children really do not need cell phones for everyday use. If they are going out, these devices can be very handy in case of unexpected plan changes or emergencies, but if they are just chatting with friends, it may be safer to use a landline with a cord.

While this may be less convenient, it may just protect their growing brains from harm.