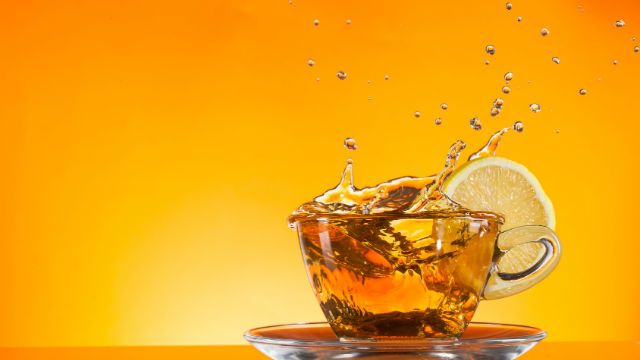 When it’s oppressively hot outside and you’re about to reach for a beverage in an effort to cool down, you should obviously reach for a cold drink instead of a hot one, right? Surprisingly enough, unless you are already perspiring heavily, a hot drink can actually cool you down faster.

Dr. Peter McNaughton, a neuroscientist at the University of Cambridge, spoke to National Public Radio (NPR) about this phenomenon, which may seem quite counterintuitive. He explains, “the hot drink somehow has an effect on your systemic cooling mechanisms, which exceeds its actual effect in terms of heating your body.”

The way that the hot beverage creates this cooling effect is by triggering the production of sweat. Sweating is a crucial method by which the body can release heat. Both the process of sweating, and sweat evaporating from your skin, work to cool you down.

In 2012, Dr. Ollie Jay and his fellow researchers at the University of Ottawa Thermal Ergonomics Laboratory set out to test whether the amount of sweat triggered by a hot beverage would offset the heat from the beverage itself, thereby cooling the body more efficiently than a cold drink.

For their study, the researchers recruited nine volunteers to perform 75-minute sessions of moderate cycling exercise, during which they intermittently drank four different temperatures of water, ranging from 34.7 degrees Farenheit to about 122 degrees Farenheit. The participants’ body temperatures were then monitored via eight thermometers, each reading a different area of the body.

Results showed that the sweat triggered by the hot water made it more effective in cooling the body versus the cold water, which resulted in a reduction of the sweat response that canceled out the coldness of the drink.

Dr. Jay states, “it’s commonly thought that the hot drinks raise your core temperature, but we found that isn’t the case. What we think is that it’s the thermosensors that line the throat and mouth that elicit the additional sweating.”

Dr. McNaughton, elaborating on these “thermosensors,” explains that they are molecules in the nerves of the tongue and the mouth, which function as receptors. The receptor that elicits a response to heat is known as the TRPV1 receptor. When something hot comes into contact with these receptors, they send a message to the brain triggering a cooling response.

However, there are instances when a cold drink will function better than a hot one to cool you down. If you are already drenched in sweat, then producing more sweat by ingesting a hot drink won’t do much good. According to Dr. Jay, “if the extra sweat just drips on the ground, then you’re better off drinking a cold drink.”