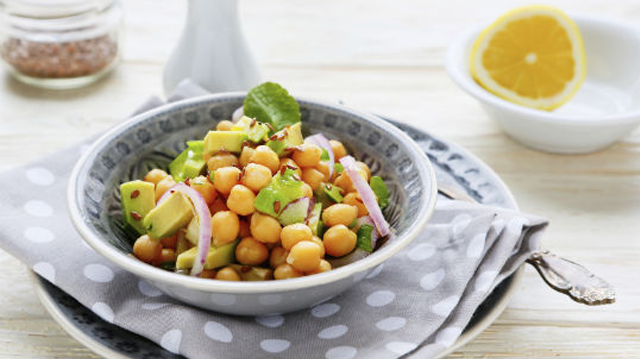 Colon cancer is the second-leading cause of death for both women and men in the United States. The average lifetime risk of developing colon cancer is about 5 percent, or one in 20 people.

Of course, that number could vary depending on risk factors such as diet.

Eat veggies every day to keep cancer away

It may not surprise you that diets which are high in red or processed meats can raise the risk of colon cancer. However, a high fiber diet that is full of vegetables and fruits can reduce the risk by up to 22 percent.

In a study by the Loma Linda University School of Public Health, a Seventh-day Adventist Institution, researchers compiled data from over 77,659 men and women. All the participants were recruited from Seventh-day Adventist churches across the nation because Adventists are known for eating vegetarian diets, as well as abstaining from cigarette smoking and drinking alcohol. Participants were asked to complete questionnaires regarding over 200 food items.

Findings from the study revealed that dietary intake of meat was very low at approximately two ounces daily. During a follow-up that extended over a seven year period, scientists discovered 490 cases of colorectal cancer. All things considered, the vegetarians clearly had a 21 percent decrease in their risk of developing colon cancer compared to non-vegetarians.

Other reasons that a vegetarian diet may help ward of colorectal cancer could be that something in red meat or the cooking process for it promotes colorectal cancer growth. Also, plant foods are proven to be loaded with healthy nutrients such as calcium, fiber, and folate.

Adding fish to the menu 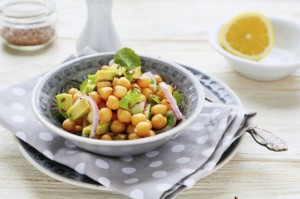 If you want to increase the odds in your favor, it may help to add some fish to your diet. Findings from the study also revealed that participants who ate fish at least once a month, while eating other meats less than once a month, had a further reduction in their risk of colon cancer by 42 percent. Vegetarian diets that include fish or other seafood are known as pesco-vegetarian diets.

According to Dr. Giovannucci, “fish contain omega-3 fatty acids, which may be anti-inflammatory. In addition, while a vegetarian diet has many good aspects, it may be low in vitamin D; fish is one of the few natural dietary sources of vitamin D.”

Research has shown that increased levels of vitamin D have been associated with reduced risk of colorectal cancer.

Although it is one of the deadliest cancers, colon cancer also happens to be easy to treat if it is caught early. Getting routine testing is a very important part of early diagnosis. It is recommended by the National Cancer Institute that adults have colonoscopy screenings start at age 50, with a follow-up every ten years.