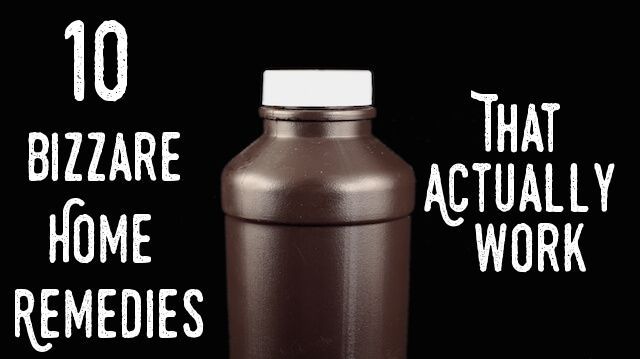 Hydrogen peroxide is just one of those things that I can’t have enough of in my house. It is cheap and highly versatile.

Besides using it to clean my cutting boards, disinfect toothbrushes and get my bathroom sparkly clean, I always have some on hand during cold and flu season.

Hydrogen peroxide has a very simple composition: just water and oxygen. However, its potency lies in its simplicity: it is a powerful antiseptic and can destroy a variety of pathogens through the process of oxidation.

While hydrogen peroxide is usually thought of as a disinfectant for minor cuts and scrapes, it can also be highly effective in halting colds and flu in their tracks. At the first sign of any distress (lethargy, coughing, sneezing, swollen glands, etc.), I fill the cap with peroxide and fill my ear canal.

After some slight bubbling, I let the peroxide sit for about ten minutes and drain what is left. You don’t need to purchase any special type of peroxide, the three-percent solution from your local drugstore can usually be found for around two dollars per bottle.

The key to success with this home remedy is the timing. You must get the peroxide in the ear canal at the very first sign of illness for it to be effective. Miss the window and you will most likely suffer the full bout of the virus.

The theory behind the peroxide protocol came from Richard Simmons M.D., who hypothesized that colds and flu viruses enter the body through the ear canal, not the nose and throat. Like most other non-patentable therapies, the medical community at large ignored the hypothesis and the effectiveness of hydrogen peroxide.

In 1938 German researchers used hydrogen peroxide to treat colds and flu with much success but their research has also been all but ignored. However, even the Centers for Disease Control and Prevention (CDC) recognizes the effectiveness of hydrogen peroxide to kill influenza viruses.

I have raised my kids on this peroxide trick and now when anyone starts to feel themselves getting a little sick, the peroxide bottle becomes a very hot commodity!

In addition to the hydrogen peroxide trick, I have adapted numerous other “first response” type home remedies to common everyday problems. Sure, some of these remedies are lacking serious scientific, peer-reviewed studies to back them up, but most have enough anecdotal evidence to make them at least worth trying.

Onions for fever
I heard one of my teenage daughters talking to someone the other day about treating a fever, and she said, “Put some onions on your feet.” I couldn’t believe how bizarre that sounded. However, that is how I raised my kids. From as young as they can remember, I would initially treat a low-grade fever with white onions, putting a few slices on each foot and pulling on their socks.

Using onions for healing is nothing new. In Europe, onions were used to fight off sickness in the early 1900s, and ayurvedic medicine has been using a poultice for the chest or feet to treat coughs, flu and fevers for centuries. The Hutterites, a North American pacifist community similar to the Amish, place cut onions throughout their home during cold and flu season because they believe the onions keep the germs away.

Onions are rich in sulphur-containing compounds that are naturally detoxifying. In addition, onions are the richest dietary source of quercetin, a highly potent antioxidant that has been shown to thin the blood, combat asthma, chronic bronchitis, diabetes, infections, and has been linked to inhibiting certain cancers. Onions also have strong anti-inflammatory, antibiotic and antiviral properties. So, don’t forget to add plenty of onions to your diet to help protect you from even the nastiest of bugs.

Oatmeal for eczema, poison ivy, and sunburn
Besides being a dietary staple in our home, oatmeal comes in very handy for easing the pain and discomfort of some skin conditions, including eczema.

Oatmeal not only makes an excellent breakfast cereal, it is also a fabulous skin softener. Oatmeal is a skin protectant that provides a buffer against irritants and reduces the itchiness and pain associated with common skin conditions.

Known in folk medicine as a great way to ease the itch of poison ivy, an oatmeal bath can also help soften and moisturize dry skin and reduce the pain of sunburn.

Because it contains anti-inflammatory properties, oatmeal soothes the swelling that results from skin conditions such as psoriasis or eczema. Oatmeal baths protect the skin, locking in moisture, balancing pH and providing a barrier against external irritants.

Natural compounds found in oatmeal known as saponins make oatmeal an effective cleanser by absorbing dirt, oil, and odor. You can even add a little extra-virgin olive oil to the bath to boost its moisturizing impact.

To take a soothing oatmeal bath, I use colloidal oatmeal that will not sink to the bottom of the tub but remain suspended in the bathwater. Run warm water into your tub and add the oatmeal as the water runs.

Ensure that the oatmeal is well mixed with the water, and soak for about 15 minutes in the bath. Pat your skin dry with a towel — do not rub, it causes irritation. To soothe itchy or irritated skin, take up to three oatmeal baths daily.

Follow up with a light coating of coconut oil that will help moisturize and feed your skin.

Dry body brushing for odor and detoxing
Sometimes, that nasty body odor is simply a result of clogged pores. For this reason, dry brushing your skin before you shower can help a great deal.

Your skin is your largest organ of elimination. It releases about a pound of waste every day; this is the first place that there are usually obvious signs of a toxic imbalance.

If the skin isn’t able to release toxins efficiently, skin conditions like psoriasis or eczema can occur, as well as rashes or acne. One of the reasons the skin is unable to release toxic substances as it should is due to clogged pores that can build up over time from dead skin cells, excreted waste, and external pollution from things like skin care products and dirt.

Skin brushing can help detox the skin so that it can release toxins. It helps to stimulate the lymphatic system, which is an essential part of the body’s immune system.

Never use synthetic bristles as they are too harsh and can scratch the skin. Start with dry skin and brush from the extremities inward, toward the body’s core. Pass over each part of the body, other than the face, with the brush just once.

Use long and gentle, yet firm strokes, rather than a back-and-forth motion. It’s best to brush toward the heart to complement the natural flow of blood. On thin layers of skin, use a light touch; however, on areas like the feet where the skin is thick, you can brush more vigorously. The process of skin brushing over the entire body should only take three to five minutes. Take a shower afterward to rinse off any dead skin cells.

You’ll find that regular skin brushing can help improve skin texture and stimulate oil glands to keep it healthy. By stimulating the nerve endings in the skin, brushing can help to give the skin a tighter, more toned appearance. It can also help to give the immune system a boost and reduce the duration of an infection or illness by helping to eliminate toxins quicker and stimulating the lymph system.

Adding skin brushing to an already healthy lifestyle can help you to feel more revitalized, rejuvenated and improve overall wellness. 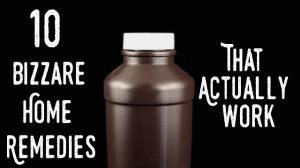 Cheap vodka for foot odor
Want a weird fix for foot odor? Simply soak your feet in some inexpensive vodka for a few moments. Or, if crunched for time, just rub some on your feet to kill the bacteria and nix the odor. Just don’t put on stinky shoes and socks afterwards.

Warm salt water gargle for sore throats
The old salt water gargle works by drawing excess fluid out of infected throat tissues. This temporarily reduces the swelling and can dramatically ease the pain. Use about one part unrefined, ground sea salt to six or seven parts water.

Peppermint for gas
Need a quick fix for flatulence? Peppermint kills bacteria that can cause bloating as well as relaxes the gastrointestinal muscles for easier digestion. Take two enteric-coated capsules (500mg each) up to three times a day to help reduce gas and ease digestion. Sipping on peppermint tea can also help.

Black tea for sunburn
If you’re out of aloe, reach for a steeped bag of black tea for your sunburn. The tannins help to soothe the pain, prevent peeling and speed up the healing process.

Tennis ball for snoring
If your snoring is keeping you and your household up at night, try the tennis ball technique. This technique is highly effective for back-snorers. Sew a shirt pocket from a T-shirt to the mid-back of your pajama top. Place a tennis ball in the pocket. When you roll over on your back, the tennis ball will make it uncomfortable, and you will flip back over on your side.

What is your favorite go-to home remedy?