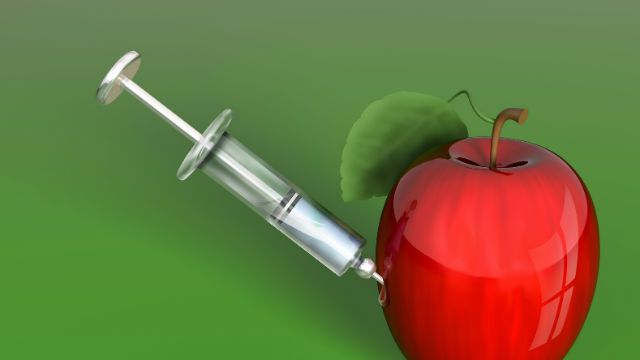 While many big businesses and major food corporations tout that the GMO scare is nothing more than hype, more and more companies are looking to ban the use of these engineered ingredients from their shelves and products.

Whole Foods Market promised to ban all products that don’t openly disclose the use of GMO ingredients by the year 2018, and the Kellogg’s company recently began the removal of all GMO-based ingredients from their Kashi brand products. Even restaurants are catching on. The popular Chipotle chain banned all GMO food from their menu, a decision which was warmly received by patrons nationwide.

Currently in the United States, there isn’t a nationwide regulation calling for the mandatory labeling of GMO products. This is thanks primarily to companies like Monsanto that spend millions on keeping mandatory labeling from becoming a reality, as well as the FDA’s current stance that GMOs don’t pose a threat to human health.

Yet even though mega-corporations seamlessly write checks and the FDA turns a blind eye to studies suggesting otherwise, American citizens looking to avoid GMOs are beginning to have more of an influence, and their voices are being heard.

Earlier this year, Vermont became the first state to pass a bill requiring the labeling of GMO ingredients independent of the actions of surrounding states, and there are approximately 84 other bills awaiting legislation in 29 different states.

Those opposed to these new regulations threaten a drastic increase in food prices should mandatory labeling become a nationwide law. The Northbridge Environmental Management Consultants estimate a 350 to 400 dollar annual increase per household in grocery bills should these changes come to pass.

Naysayers of GMO labeling claim the increased labor required to maintain the separation of non-GMO from conventional crops, as well as those needed to perform tasks such as weeding beds of non-GMO produce, contribute to a rise in the cost of most food items. They also claim more money would be required to change labeling and re-work various recipes, and that all of this would be reflected on consumers’ grocery orders.

Yet proponents of mandatory GMO labeling argue that these claims are unfounded and over-exaggerated, noting particularly that several European countries require labeling and practice crop separation without seeing prices raised to such an extent.

They also argue that these proposed labeling practices are not about condemning GMOs, but more about the consumers’ right to know what they are eating. A 2013 New York Times poll indicated that 93 percent of the United States population want their food labeled.

While the debates continue and GMO labeling slowly becomes more commonplace, consumers still have to play the guessing game in many situations. Watchdog and environmental groups have worked tirelessly to educate the public on how to determine whether or not their food contains GMO ingredients.

They recommend always buying organic, as certified organic food is the safest way to avoid GMOs. Purchasing foods with the “Non-GMO Project Verified” label is another way to guarantee foods are free from any GMO ingredients. Currently the Non-GMO Project is working with over 1,400 brands, with more seeking verification each day. 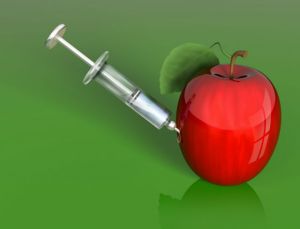 In terms of produce, in some cases the sticker can be a clear sign if the fruit or vegetable has been genetically modified. A five-digit code beginning with an “8” signifies genetic engineering. However, this label is voluntary and won’t be found on each piece of produce.

Finally, opponents of GMOs warn to avoid “high risk” ingredients which include soy, corn, canola, cottonseed, sugar beets and Hawaiian papayas, as these are the most dominant GMO crops.