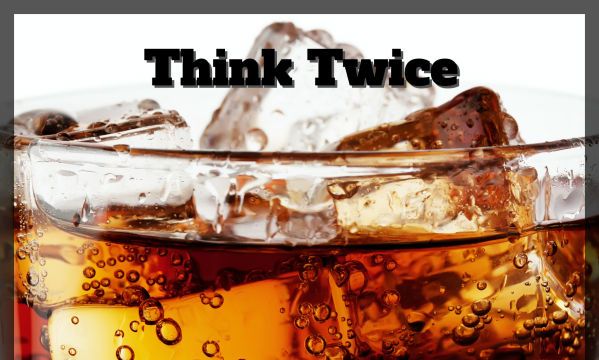 It can be challenging to eat all healthy foods 100 percent of the time, particularly when on vacation in places where nutritious fare is difficult to find. Sometimes, we may want to indulge in an occasional treat.

However, there is a big difference between indulging in a snack that contains a little too much sugar and eating foods that contain dangerous carcinogens that can potentially cause long term damage.

As we reported in an earlier article, one of the biggest culprits is fast food french fries. Starchy foods such as potatoes that are cooked above 245 degrees F release cancer-causing chemicals known as acrylamides. Animal studies have confirmed that acrylamides cause tumors to form.

The National Toxicology Program and the International Agency for Research on Cancer consider acrylamides to be a “probable human carcinogen,” based on studies in laboratory animals given acrylamides in drinking water.

If you’re concerned about your health, longevity, and even happiness, here are five more cancer-causing foods that should be avoided at all costs.

Processed meat products, such as bologna and other lunch meats, bacon and hot dogs, are preserved using a process that contains chemical preservatives which are linked to an increased risk of colon cancer.

Most are produced using a carcinogenic known as sodium nitrite, which makes them appear fresh and appealing. Although, if you’re aware of what goes into some processed meats, particularly hot dogs, they’re anything but.

Hot dogs are made up of meat scraps like organs, nerve tissue, bone pieces and other not-so-savory animal parts. Not only that, but the animals they come from are likely to have been fed grains packed with pesticides, antibiotics, hormones and even fecal matter.

A 2005 study out of the University of Hawaii found that processed meats increase the risk of pancreatic cancer by 67 percent, and the World Cancer Research Fund advised that consumers not eat any processed meat products whatsoever due to the increased risk of cancer.

Instead, purchase and consume only uncured meat products that do not contain any nitrates, optimally derived only from grass-fed animals.

Beverages like soda that are high in refined sugars are also known to increase the risk of cancer. A 2010 study, published in Cancer Epidemiology, Biomarkers & Prevention, found that people who consume two or more servings of soda per week have an 87 percent greater risk of developing pancreatic cancer compared to those who don’t consume them.

Other chemicals and artificial colors in the soda are known to acidify the body, feeding cancer cells. Caramel color, as well as its derivative, 4-methylimidazole (4-MI), have also been linked to an increased risk of cancer.

Remember the days when you could smell microwave popcorn in offices across the country? It seems that many people have become aware of the dangers, slowing this bad habit down, but with the product still found on store shelves, too many are obviously continuing to ignore the warnings.

Chemicals in the lining of those little bags, including what’s known as perfluoroctanoic acid (PFOA), are part of a class of compounds that may cause an increased risk of infertility. When tested, these chemicals have also been associated with liver, pancreatic and testicular cancer.

Microwaving the popcorn is what causes these compounds to vaporize and get into the popcorn – and into your body. Manufacturers have planned to phase out the use of PFOAs by 2015, but as a chemical known as diacetyl is used in the popcorn itself, and is linked to lung damage as well as cancer, it’s best to stick to old fashioned popped corn.

Every year, the Environmental Working Group puts together a list of the “dirtiest” fruits and vegetables, based on analyzed pesticide residues. According to its 2014 survey, conventional apples were the worst, with pesticides showing up on 98 percent of the over 700 samples tested. Others among the top ten dirtiest include strawberries, grapes, celery, peaches, spinach, sweet bell peppers, imported nectarines, pears, tangerines and carrots.

Pesticides increase the risk of some cancers, and there has been some research linking maternal exposure to an increased risk of attention-deficit hyperactivity disorder (ADHD) and even lower IQ. Choose organic as often as possible to avoid these toxic chemicals – and always when it comes to the top ten dirtiest fruits and vegetables.

Diet soda and other so-called “diet foods” are even worse than those sweetened with conventional sugar. Aspartame, which is one of the most common artificial sweeteners, has been found in numerous studies to cause all types of health conditions, including cancer and birth defects.

While everyone deserves a treat now and again, do your health and well-being a big favor by eliminating these harmful foods and beverages from your diet completely.