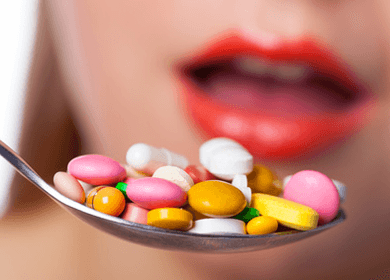 Americans take more medically-prescribed drugs per person than any other country in the world, and the U.S. ranks #1 in drug abuse. 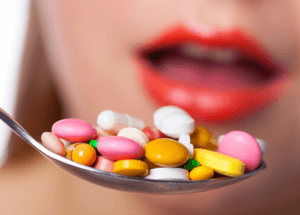 Then there are the mood altering prescribed medications. The Diagnostic and Statistical Manual of Mental Disorders (DSM) published by the American Psychiatric Association, is the official manual listing psychiatric disorders. But many times by perceiving ordinary life experiences as certifiable mental illness, the patient becomes treatable by psychotropic drugs and billable through insurance companies. (Friedman, NEJM, May 17, 2012).

“In nearly 50 years of prescribing anti-depressants the results are all to frequently the same – drug addiction, mental impairment, irrational and violent behavior, panic attacks, suicide, and death.” IMS Health National Prescription Audit PLUS.

Many of these anti-psychotic drugs are Selective Serotonin Reuptake Inhibitors (SSRI’s). These drugs prevent the body from breaking down Serotonin. This notion came about from initially believing that depression was caused by too little of the neurotransmitter serotonin. At first this helped and many people who were suffering from stress, insomnia, and mild depression began taking serotonin-enhancing drugs like Prozac, Paxil, and Zoloft. But much research demonstrates that serotonin enhancement for depression is erroneous.

A 2010 study in Journal of American Medical Association found that anti-depressants are basically useless for the vast majority of people who take them. While researchers found no significant difference between anti-depressants drugs and placebos, they find extreme differences in side effects.

Here are some facts found by research about SSRI’s:

People who use Prozac and other SSRI drugs are five times as likely to commit suicide than if they took no medication at all.

Women who take these drugs are more than 7 times as likely to develop breast cancer.
These drugs can cause helplessness, apathy, aggression, and sedation.

They can worsen Parkinson’s Disease.

Serotonin elevating drugs are prescribed for stress related emotional conditions, yet the evidence is that serotonin is already too high in people suffering from emotional stress. This is because stress liberates free fatty acids from storage, which, in turn, increases the uptake of tryptophan into the brain, increasing the formation of serotonin.

Serotonin is like estrogen in its association with aggression. A record of violence has clearly been associated with above average blood serotonin levels. Note that darkness stimulates both aggression and eating.

SSRI’s raise not only serotonin levels they also increase the activity of epinephrine and norepinepherine. These are neuro-active substances that are part of the catecholamine family; adrenal function in the response to stress. They are important in normal biochemistry and neurotransmitter functions.

Paranoia, hallucinations, and violent behavior are hallmark side effects of SSRI’s. The Citizens Commission on Human Rights testified before the FDA in 1991 that psychotropic drugs are a contributing cause of adverse and dangerous mental instability, sometimes causing victims to commit suicide or murder.

The use of dangerous medications is taking a toll on societies around the world. Anti-depressant drugs are turning people into muddled, brain-addled addicts incapable of controlling their own emotions and behavior. These drugs are useless and physiologically dangerous. We cannot condone the poisoning of the masses for profit.

Dr. Peter Lind practices metabolic and neurologic chiropractic in his wellness clinic in Salem, Oregon. USA. He is the author of 3 books on health, one novel, and hundreds of wellness articles. His clinical specialty is in physical, nutritional, and emotional stress. Dr. Lind also writes the monthly publication, The Alternative Health Report.